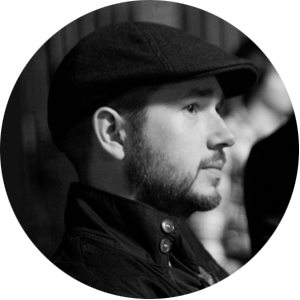 Joe is a London based freelance producer, managing the production of multimedia content for clients including British Airways, Sony, P&G and the NHS. He is experienced in delivering film & video content for multiple platforms and has produced photographic, web and print design projects. Working across the commercial, public and third sector, Joe has produced effective commercial online content, internal communications and educational material for a wide range of audiences, both in the UK and internationally.

He has a passion for producing drama, particularly films that portray compelling human stories exploring society and culture. He continues to hone his skills in this area by producing short narrative films that have been broadcast on the BBC and screened at festivals in the UK and abroad. ‘Residents’ (2014) stars Ronald Pickup (Prince of Persia, The Best and Second Best Exotic Marigold Hotel) and Henry Lloyd-Hughes (C4′s Indian Summers, The Inbetweeners). It tells the story of Jack, a young man left paralysed following a recent tragedy, who struggles with his predicament as he is given temporary residence in a care home for older people. Previous work includes ‘The Immigrant’ (2009) that presented the struggle of a boy’s journey to England and his first day at school. The film premiered at the ‘Refuge in Film’ series at the BFI. ‘R’ (2011) was produced in collaboration with Film London, following the scripts selection through the Borough Film Fund, and looked at the dynamics of a family when the father is on day release from prison.

A strong interest in education has led to the production of a number of multimedia ‘learning based’ projects and charity initiatives over the past few years. He regularly works with these clients in an advisory role from the commissioning and development stages, generating ideas for new content as part of long-term strategies and represents them in communicating the media side of the work to external stakeholders. He recently collaborated on an award winning project for the Discovery Zone at the RHS Chelsea Flower Show 2015.

Joe spends any spare time battling with his allotment. Plans to ride his newly built mountain bike will eventually compensate for his love of a great pudding.